Relationship counselling has a great success rate when it comes to saving marriages, helping couples get things back on track when something negative has happened in the relationship, or they've begun to simply drift apart. For those who can admit they need it, a bit of outside help and professional advice can go a long way.

But marriages aren't the only relationships that can go wrong. People have many different relationships with others in their daily lives, and they can be extremely stressful when things aren't going smoothly. A particularly difficult example is the relationships among coworkers. A therapist can help fix problems even in relationships that aren't romantic by nature. Here's why counselling is useful for colleagues who can't get along:

Working relationships can be some of the most difficult

People just don't give the relationships they have with work colleagues that same amount of thought as they do with their more personal relationships. But they really can be the worst.

For one thing, you don't generally get a say in who you're working with, where you're able to choose romantic partners for yourself. That immediately means there's potential for friction.

Don't forget, also, that work is a generally stressful atmosphere for many people anyway, which puts extra strain on the people you're forced to be with every day. It all adds up to disaster in many cases.

There's still a lot at stake

Just because working relationships don't have the same risks as personal ones, that doesn't mean they can't lead to serious consequences.

If you're failing to get on with a colleague, it can have a big impact on your work performance. Ultimately, it could put your job at risk, depending on how severe the failing relationship is.

You don't have the same choices

If your marriage or romantic relationship has failed, you can decide to end it. Although it's often easier said than done in practice, the choice is there.

While you can, in theory, walk out of your job if one of your coworkers is making life difficult for you, people can sometimes feel even more trapped than they do in a marriage. It can take a considerable amount of time to find a new job, and in the meantime, you're stuck without any income. This means it's important to make those relationships in the workplace improve as much as possible.

It can impact other relationships, too

Most people can't help but take their work home with them, in the form of stress, worry and bad moods. This can have a profoundly negative effect on otherwise happy relationships, causing as many problems at home as you have in the office. Fixing your working relationships can prevent you needing to fix your personal ones, too. 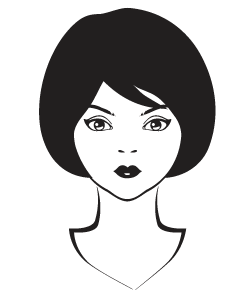 Do you feel low? Do you struggle to complete daily activities such as having a shower or eating regular meals? Do you have trouble sleeping? If you have answered yes to any of these questions, you may be experiencing low mood. For many years, I would have long periods of low mood. I didn't do anything about them until my wife suggested that I see a counsellor. The experience really helped me to explore my low mood and in combination with medication, my mood is now much improved. I decided to start this blog so I could offer advice to other people.